Looking Back at the First Dylan Howells Foundation Gala Dinner

On the 14th October 2017, The Dylan Howells Foundation held its first gala dinner at the Double-Tree Hilton in Kingston-Upon-Thames, South West London. Picking out a highlight from the event is difficult, simply because it was such an enjoyable evening on so many levels. However, raising almost twenty thousand pounds to support the sporting dreams and ambitions of children in the local area is going to be pretty tough to beat.

The evening got underway at around 7.30pm with drinks and dinner being served while Dylan and Julia’s children Tom and Cerys, ably abetted by friends Dominic Saunders and Jaimee Burrage, went table to table, enthusiastically selling yet more raffle tickets to diners, despite the fact that in many cases they’d already bought some! When they got through almost 2000 tickets at a pound a time, it became clear that the 160 guests were an extremely generous bunch.

Dinner was followed by the auction, with key lots including signed sporting memorabilia and ‘money can’t buy’ experiences. Yet again we were astounded at the generosity of the crowd who continued to dig deep across all the items while auctioneer Mark Head whipped them into a frenzy, extracting the maximum value from the items so kindly donated by local companies, friends and colleagues. I’m sure we’ve managed to thank each of them personally – along with the people whose bids were successful on the night, but just in case, thank you…again, it really did exceed all of our expectations.

Talking of exceeding expectations, the night was admirably topped off by The Blue China Cows, a local group who had given their time for the price of a few beers and some chips. The band were fabulous, despite being kept waiting beyond their allotted slot and the night was danced and sung to a hugely successful close. 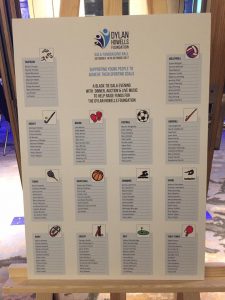 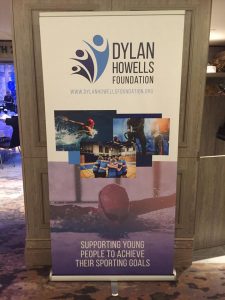 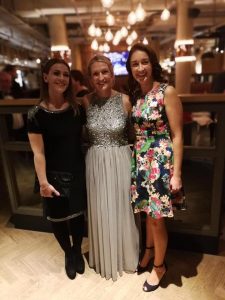 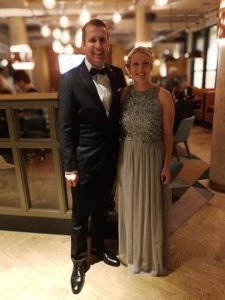 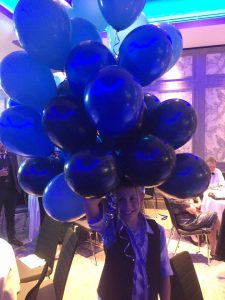 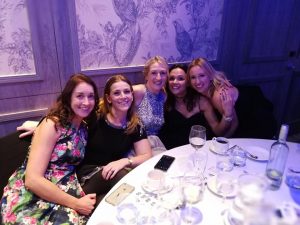 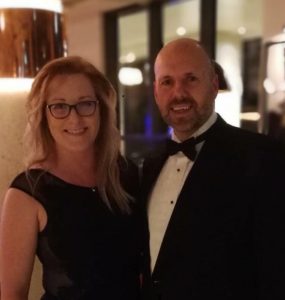 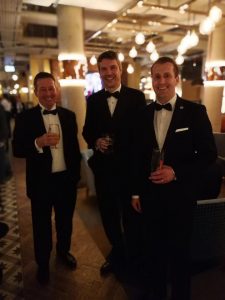 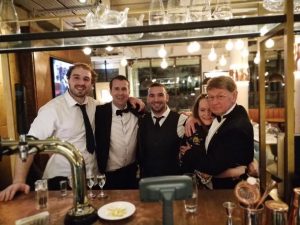 So, on that note, it only remains for us to thank every single person who contributed to the evening, whether by buying a ticket for the event or the raffle, bidding on the auction, donating gifts and time or simply sharing it on social media for us. In the few months since the dinner, we have been working with a number of local schools, organisations and sports clubs to identify suitable candidates for funding and we’re really excited to tell you that we will be sharing details of our first few success stories very soon. We’re also looking forward to sharing information about future events, so keep your eyes open for a number of things coming throughout 2018 and don’t be surprised if we ask you to hold aSaturday night in October for a bigger and even better gala dinner…!

Thanks and best regards from The Dylan Howells Foundation. 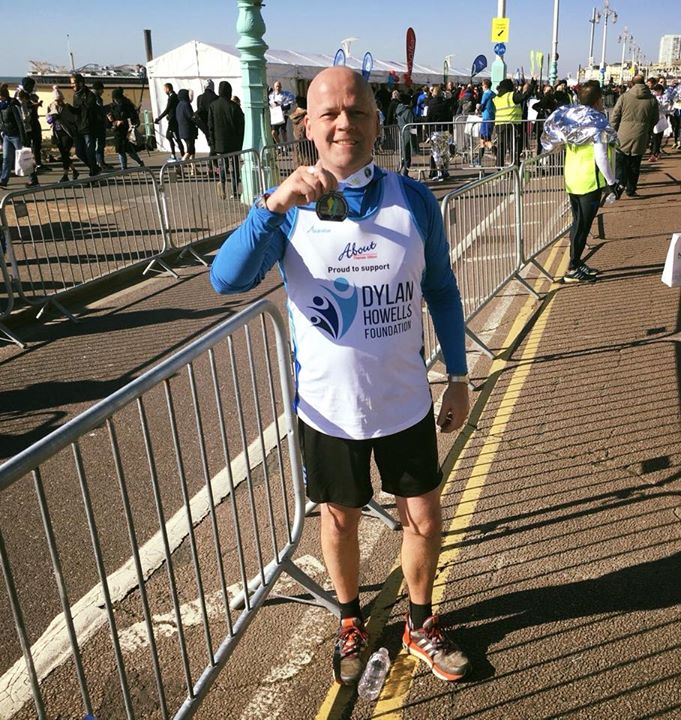 Well done Andy on completing the Brighton Half Marathon today, the second of you…