DHF are proud to announce we are supporting Dixie Lindsay, an artistic gymnast at Tolworth Gymnastics Club in Surrey, with her ambitions to represent the GB squad. Here is her story:

Dixie is a 15 year old Women’s Artistic Gymnast. She has been involved in Gymnastics since the age of 5 when her schoolteacher advised that she thought she ought to be taking up the sport seriously, and has been in squad gymnastics since she was 6.

Dixie started competing Regionally at the age of 8 and almost immediately was very successful. She qualified for every National Final on her Regional Team and was ranked 9 th in Great Britain the year she turned 10. She has been in National squads/Performance Pathway Squads since the age of 9.

Since 2016 she has trained with Carla Gale-Parks at TGC. She has grown as a gymnast and matured as a person since starting there.

In 2018 when she was 11, she passed the Compulsory 1 (final Elite Grade), in age, and became an Elite Gymnast, qualifying for the British Championships at the youngest age she could. She went on to compete at the English Championships as a First Year Espoir and was 4 th in her age group. After that she travelled to compete at Liverpool’s Echo Arena at the 2018 British Gymnastics Championships, in which she qualified as 1 st reserve in the Beam Final. This was her first experience of such a large competition in an arena. Later that year she competed at the Rushmoor Rosebowl International and won the Rosebowl for highest scoring gymnast aged under 13.

In 2019, as a Second year Espoir, she competed in the English Championships and placed 5 th All Around and this earned her a place on the WAG England Squad. Later this year she competed at the Adrian Stan British Teams Competition and in the individual rankings won the British Gold Medal in her (Espoir) age group. Again she competed in the Rushmoor Rosebowl International on the South East Team, helped the team to get the Silver Medal in the Team Competition and in the Individual competition placed 5 th in the All Around against all age groups ( including seniors), and made 3 Apparatus Finals (Bars, Beam, Vault) against all ages, and competed well to get the Silver Medal on Beam and place 7 th on both Bars and Vault.

In November 2019 when she was 13, she was one of 5 girls selected for the Espoir England Team to compete at the Horizon Cup, which took Place in Greece. This was a fantastic opportunity for her and she hopes to have more chances to compete internationally in the future.

In 2020 she was invited for and went to a trial and training weekend with GB Squad in the January. she then managed one competition in Wiltshire in March, earning a Bronze Medal in the All Around as a First Year Junior, before the country went into Lockdown and her training in the gym was on pause.

She worked hard in Lockdown with her coaches via Zoom, doing strength work, cardio and conditioning as well as using her free time to do as much extra conditioning as she could. She had
Regional training zooms and England Squad zooms, she did zooms for yoga, Zumba, nutrition, and mental health. She managed to come out of the first lockdown in July, back to training and felt
stronger than before.

Coming out of the more recent Lockdown, she is busy back in the gym working hard to re-build her routines in time for the 2021 British Championships, and the Adrian Stan British Teams competitions later in the year. She is hoping that England squad will resume training in person later this year too, and that she will get the chance to compete Internationally again next year.

Her favourite piece of apparatus are the Bars, which is also her highest scoring apparatus, but she is generally consistent all around. She is really happy at her club and feels lucky to have found coaches that are so supportive of her. Since September Dixie has been helping to coach the recreational gymnasts at her gym twice a week, learning more about coaching.

Dixie is very honoured and grateful to be chosen as one of the athletes that the Dylan Howells Foundation supports and is looking forward to becoming more involved and learning more about
who they help as the restrictions ease.

She will be using the money granted to help towards her transport from training late in the evenings. 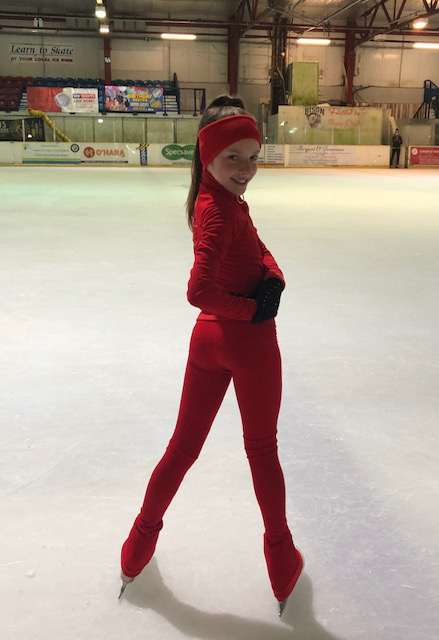